Susan Handel settles catastrophic motorcycle accident for $1,500,000 despite all odds against
her badly injured client

When I receive a police report that is against my client, I do not throw in the towel and
give up! Instead, I do everything possible to turn the liability around, including, but not limited
to, taking independent witness statements, hiring an accident reconstruction expert to reconstruct
the motorcycle accident, calling the police officer to discuss the accident and persuade him to
change his report based on new information that he may not have considered, taking the
deposition of the defendant driver and pinning them down on the facts of the accident, and more,
depending on the particulars of each motorcycle accident. I frequently will do a background
check on the defendant driver and all independent witnesses listed on the police report in order to
secure information that can impeach their testimony in a deposition and/or trial. If I believe in a
case, I do not give up easily.

Matthew Bonus, a then 32 year old Marine, was involved in a motorcycle accident and
sustained injuries which included, but were not limited to a closed head injury, skull fractures,
left carotid artery dissection, left scapular fracture, facial nerve palsy, left fibular fracture and
cognitive injuries. He was hospitalized for approximately one month and was unconscious for
most of that time. He was not able to tell his side of the story at the scene of the accident because
he was unconscious. He was never able to tell his side of the story because of the massive head
injuries he sustained that caused him to lose his memory as to the facts of his accident. The
defendant claimed that Matthew tried to pass her unsafely on her right side and
t-boned her car as she was making a right hand turn onto a street that had been closed due to
flooding. The police report was against Matthew and concluded that he had violated California
Vehicle Code Section 21755 which regards Unsafe Passing on the Right.

In addition to having the police report assessed against Matthew, there were no
independent witnesses who observed the actual accident occur. Matthew could not remember
how the accident happened as a result of his head injuries. The physical evidence at the scene of
the accident revealed that Matthew could have very well caused this collision.

I made a demand for the defendant’s insurance policy limits of $1,500,000.00
( one million five hundred thousand dollars ) with a zero offer from AAA, the defendant’s
insurance carrier. I filed a lawsuit and litigated Matthew’s case vigorously. I noticed the
defendant driver’s deposition, intending to prove that she was not truthful about the facts of the
accident, that she was not a credible witness, and that she alone caused the accident. AAA
contacted me before the defendant driver’s deposition was to take place, and tendered the
defendant’s policy limits of $1,500,000.00 to Matthew. AAA was concerned that I would prove
the defendant driver did in fact cause Matthew’s accident and clearly, they wanted this case
settled with no chance of it ever going to Court.

The moral of the story-always ride safe-and never give up, even when the police report is
against you! 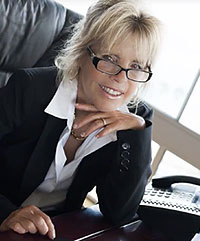 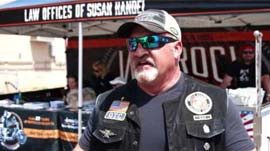 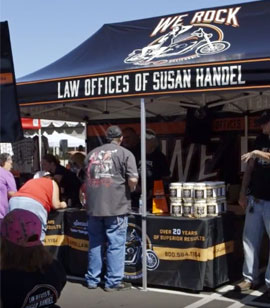